Have you ever felt alone? Feeling alone doesn’t mean that you are alone but it’s something that the enemy likes to use to separate us. The only one preaching, teaching, working, singing, etc. You’re not the only one. The devil will tell you that the things you do, do not matter. It doesn’t matter if you attend church, sing, worship, pay attention to the reading of God’s word, etc. The devil loves to tell you these things. We are all human and we all suffer the same affliction where the devil singles you out and convinces you that you’re alone. As long as God is part of it then you need to push the devil aside. The enemy wants you to think that he is in control. However, God is and will be in full control. 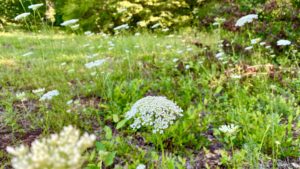 Elijah had seen and witnessed God do wondrous things and yet the devil comes to him and he wavers. The devil scares him to the point that he wanted to just give up, quickly. He was discouraged because he preached and preached and he felt that no one listened. Elijah prayed for God to take him home, kill him. He was giving up. He ended up falling asleep and an angel came woke him and told him to eat. So he woke up, ate, and fell back to sleep. The angel woke him again and simply said to wake up and eat. Elijah woke up, ate, and went 40 days and nights on just that single eating. Elijah went through the wilderness just to get to the mountain of God, Mount Horeb. God then asked him what he was doing there. Why did God not ask him while he was wanting to die under the juniper tree? God knew what was needed for Elijah to finally hear from God. Elijah answered God and told him the truth that he had been so jealous of Him and yet the people don’t care. 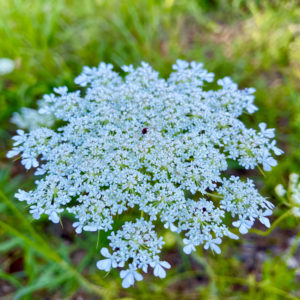 The people have turned their backs on God, torn down His altars, and created altars for other gods, they’ve also killed all of God’s people. All of this information was true yet Elijah was so blind by the devil’s work that he couldn’t see the real truth of God. God told him to stand and God passed by him yet it wasn’t the same as what Moses experienced. Elijah experienced the wind of God and it was so great that it broke rocks. God was not in it but he was seeing the power of God. The next thing he experienced was a great earthquake and yet God was not in it. The third thing he experienced was a great fire and yet God was not in it, only His power. Elijah’s problem was that he had forgotten the power of God. We all get to this point that we lose confidence in God. To get Elijah’s attention He was going to have to bring back through wonder and awe. The fourth thing that he experienced was s still small voice of God. Elijah knew right then and there that he was amongst the almighty, glory of a Holy God. Then asked him again, what was he doing there. How many times in your time of discouragement that God does something powerful for you? God was never the problem, we are. At this point, Elijah’s tone had changed and he explained what was happening. God then told Elijah what he was going to do and how to do it. God was about to clean house. God then told Elijah that he believed a lie and then went on to tell him that He still had believers. This discouragement, just like ours, came straight from the devil himself.

There are times we should be in awe of God.