Ten churches located within a 50 mile radius of Maryville, Tennessee associated together by mutual consent for over 200 years. How did we develop into our present day belief system and method of worship? The following abbreviated history will attempt to answer that question for you.

The Baptist began preaching in this area about 1790. A year or so earlier than that in Grainger county a church was organized at the mouth of Richland Creek, in 1788. Among the earliest ministers mentioned were, William Johnson, Isaac Barton, Richard Wood, Elijah Rogers, Thomas Hudiburgh, Duke Kimbrough , Robert Fristoe, Thomas Hall, Richard Newport, West Walker, and Tidence Lane. Nearly all were men of limited education, and received no pay for their services, but they possessed a rude and fervid eloquence, well suited to the mass of their hearers, and their congregations grew. It was not long until the Baptist had outnumbered both the Presbyterians and Methodist, and they have ever since maintained that position.

On the 25th of December 1802, delegates from nineteen Baptist Churches, formerly belonging to the Holston Association, assembled at Beaver Creek meeting-house, in Knox County, and organized the Tennessee Association. William Johnson was chosen moderator and Francis Hamilton, clerk. A plan of association and statement of religious principles was adopted, embracing with some slight alterations, an extract from ‘Asplund’s Register’. These nineteen churches had an aggregate membership of 1514.

The association numbered 27 churches by 1815. It was at this associational meeting that Reverend Luther Rice addressed a letter to the association on the subject of missionary exertion of the Baptist Society. It was agreed that brothers West Walker and Francis Hamilton supply the necessary information requested from the association and to receive any communication intended for the association. The following year at Miller’s Cove Church, Blount County, Tennessee, the association (now comprised of 28 churches) heard Reverend Rice’s petition and concerted measures for the Constitution of a Missionary Society, with the reservation, however, that the churches were not bound by the action of their delegates. A petition to divide the association was referred until the next session. The following year (1817) Gap Creek, Cedar Fork, Glade Spring, Cole Creek, Hinds Creek, Big Spring, War Creek, Powell’s River, Thompson’s Settlement, Davis’ Creek, Buffalo Creek, and Big Barren formed the Powell Valley Association of Baptist. It was at this meeting that the association established the Authorized King James Version of the Holy Bible as its standard.

At the session in 1822 the number of churches in the association had increased to 28, and it was agreed to divide it by a line running from Chilhowee Mountain with the Little Tennessee River, to the Holston: thence northwest so as to include the East Fork of Popular Creek and Hickory Creek at the upper end. (Our present day association still abides within these bounds.) A committee was then appointed to meet at Pisgah on the fourth Saturday in May 1823 to form a constitution for the lower association, which was known thereafter as the Hiawassee Association. In 1825 John and Lucretia Oliver were able to organize a branch of the Miller’s Cove Baptist Church for Cades Cove. After a brief realignment with the Wear’s Cove Baptist Church, the Cades Cove Church was pronounced an independent entity in 1829.

In the 1830’s, a division in the Baptist Churches known as the “Anti-mission Split” occurred throughout East Tennessee. The debate was over whether or not missions and other “innovations of the day” were authorized by scripture. The debate was so emotionally charged at the Cades Cove Church that it required the intervention of the Tennessee Association of United Baptist. In the end, 13 members of the congregation left to form the Cades Cove Missionary Baptist Church. The Primitive Baptist, as the name implies, believe in a strict, literal interpretation of Biblical scripture, William Howe Oliver, 1857 – 1940, pastor of the Primitive Baptist Church from 1882 to 1940 explained: “We believe that Jesus Christ, Himself, instituted the Church, that it was perfect at the start, suitably adapted in its organization to every age of the world, to every locality of the earth, to every state and condition of the world, to every state and condition of mankind, without any changes or alterations to suit the times, customs, situations or localities.”

Today the association is comprised of ten churches: Millers Cove established 1811, Laws Chapel established 1847, Popular Springs established 182?, Chilhowee established 1906, Meadow Branch established 1911, New Providence established 1932, Welch Cove established 1932, Edgewood established 1939, Pine Top established 1948, and Cove Road established 1978 . We are progressive in relation to most Primitive Baptists, we preach repentance to unregenerated sinners, have Sunday school, attend worship service weekly, have a mid-week service, and support footwashing meetings and revivals in each church. If you are in the Maryville, Oak Ridge, Lenoir, or Kingston, Tennessee area, or Graham County North Carolina area come and visit with us. Determine for yourself the type of people we are, we certainly hope you find us to be Christ like in our deeds and worship.

The following are the minutes from The Original Tennessee Association of Primitive Baptists. 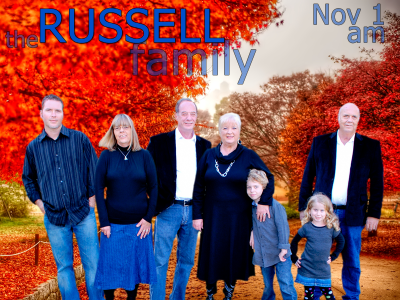 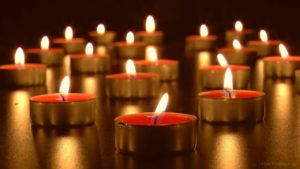