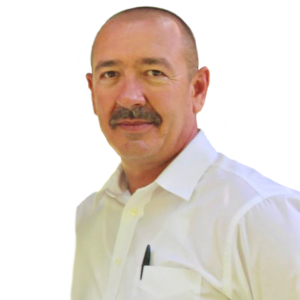 There are some that you’ve tasted that God is good but maybe you’ve turned your back on Him. The love of God is above ALL. The greatest all of these is Love. Psalm 139:7-13, you can’t run any more. There is no condemnation in those that love God. John 3:16-17, you might be running but there is good news, God still loves you!

There was once a woman that according to the law she was supposed to be put to death due to her sins that she was guilty of. But when those that accused her brought her before Jesus, Jesus flipped the table on them. Jesus pointed out to them that they all had sinned.

Another story we see Jesus was within a large crowd and He was confronted by the Pharisees. They brought up that Jesus was mixing with those that He shouldn’t had been. Now in this crowd was a mix of sinners and followers alike. Jesus began to tell them a story about a son that had ran off and then realized that he shouldn’t had and came back home. In this story the son wanted what was belonging of him. He took those things and ran off to live the way he thought he should’ve been. He spent everything, wasted it away into nothing. Now this son then was connected with a man as to where he was cleaning up after, in that time was an unclean animal, pigs. This son then came to his senses while in that pig pen and he knew he needed to go back home. The law doesn’t condemn you. Conviction is what makes you feel bad. Conviction came upon this son while in the pig pen.

When he started his journey back home he finally arrived and his father seen him from afar. Now there was a law in that day that if one had a son and they wouldn’t listen, they could be taken to the gate and turned over to the elders. Now this father ran out to his son and fell on his neck and loved him. Now the son had violated the law but the father still loved him.

On the day of Calvary we know that the law was that blood would have to be shed for sins. This law was established with Adam and Eve. When they sinned in the garden they tried to hide their sins with fig leaves. When those leaves are plucked, they begin to die and become crumbly. There is nothing that can hide your sins from God.

The law tells one where they stand. But it’s the love of God that falls on your neck and keeps you.

Are you tired of running. Are you tired of hiding. There is a cure for conviction. It’s found in an old fashioned altar. An altar could be beside the bed, off in the woods, in the church house or even in your living room.

The prodigal son was given a robe, shoes on his feet and a ring on his finger. This ring was proof that his father loved him and showed others that he was