“O sing unto the Lord a new song, for He hath done marvelous things” that is the motto for Michael and Delilah. Ministering to a lost and dying world thru our music is the means we use to spread God’s Word. While Michael and Delilah have been singing southern gospel music for many years and Michael has written many gospel songs which are featured on all of their cds. God has been so good to them and has blessed them in many ways. He has provided the guidance and inspiration for their singing. It is Michael and Delilah’s prayer that everyone who hears their flavor of southern gospel music will be blessed. Michael is a little man with a gigantic voice who comes from a musical family and a long line of preachers from Luttrell, TN. He is the youngest of 12 children to Samuel “Runt” and Leita Rose Kitts. His mother sang at many churches in her life and; passed along to him a deep love for God’s people. After using his God-given talent for the world for many years, he answered the call God put on his life. He is now, more than ever, committed to winning souls for the Kingdom of God. Twenty-five years ago, he was stricken with muscular dystrophy. He was told by doctors that he would be bed ridden. But after 25 years, Michael is still going strong as ever and looks forward to what God has in store for him. He gives God all the glory. Michael has had many influences in his life. First and foremost, the Lord Jesus Christ and various other singers and songwriters. Delilah is the only child of Ronnie and Terri Chase of Kingsport, Tennessee. She also comes from a musical background. Her mother’s family were all great singers. Her grandfather is a preacher and has preached the gospel to many. Being influenced by them, she developed a deep desire to sing and minister. At the age of 8 years old, she asked Jesus into her heart and began serving Him. As a teenager, she sang in church. God’s word is true. He will give you the desires of your heart when those desires become His. Now, she sings for the Lord beside her husband and has the joy to see many souls saved for the Kingdom of God. Family They have been blessed with 3 beautiful daughters: Erica, Hannah, and Lauren; and a son, Tanner, who is already in Heaven with our Father. Hannah has her place in the ministry working the product table & taking pictures for the website. Lauren has been singing a few songs with Mom & Dad for the last 3 years. She is annointed and a blessing each time she sings. It is their desire to go where God would have them go. They go forth with a passionate love for God, people, and each other. With Him, they truly are One. Michael, Delilah, and their family reside in Knoxville, Tennessee. 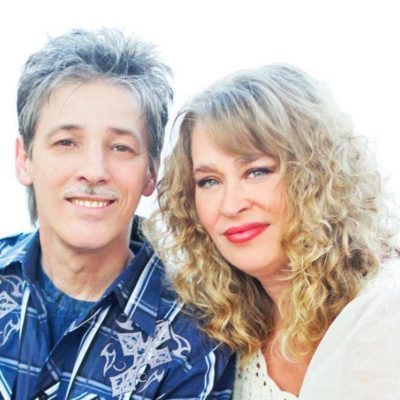